How many times have you been somewhere that wasn’t so pleasant at the time, but in end, you realize it was an ordained, divine connection?  Pastor Scott commissioned us Sunday to pray for divine appointments.  For what seems like an eternity, I have prayed simply for God to daily provide me with divine appointments, divine connections & supernatural relationships.  Eons or eternity…which ever one is longer, this has been my prayer. Why? I don’t know…maybe there is someone I can connect with that just needs a word of encouragement, assistance in decision making, a creative thought assessment, or just a friend.

My Sunday evening was nothing glamorous as I had put off going to the laundromat long enough.  This is sad to confess, but I ran out of underwear, bought more & ran out of those so I had to go.  You see, my washer & dryer died & knowing I was moving into a loft that included one, I wasn’t spending money to repair or purchase a new one.  They have both served me well so…it is probably time to retire them to the W/D graveyard.  RIP!

This particular trip made me not only look like a total blonde, but a klutz as well.  I wagged in  3 huge baskets containing my feather bed, comforter, clothes, towels, etc.,  in preparation for my move.  Well…& clean underwear!  Bryce had my card so I walk to the attendant to purchase another one.  She said she would use hers since I actually had one.  I was trying those new detergent sheets that had everything in them, but being anal with my fabric softener, I brought extra.  Knowing I wanted to bleach my feather (down) bed, I purchased color safe liquid bleach too.  After lining up the mondo size front loaders and 2 of the other front loaders, I began loading them up.  Good so far.  I read the instructions for pouring the liquids in compartments A,B,C,& D as I have done EVERY single time I have used them before.  After filling up the 2nd. mondo one, I realized I had poured bleach in the fabric softener and fabric softener in the detergent one.  There was no “D” compartment!  I go back to the attendant to see if she had a step stool so I can scoop the liquid out.  In the meantime, a fella was washing his clothes & we began to chat.  I mentioned I was moving to downtown Dallas since I had wanted to for a few years now.  He mentioned he was raised there, but now lives in Red Oak, TX. We talked Louisiana, Cajun food, broken washing machines, jobs, Cowboys, what he was grilling for supper, etc.  He helped me in my attempt to scoop out the mixed liquids.  Just a laundromat chat right?  If you never pray for divine appointments, that is just what you get. 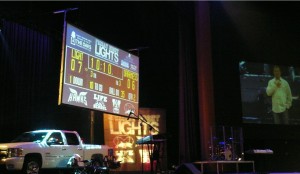 As this fella was leaving, I walked to his vehicle to thank him for helping me. I shook his hand, formally introduced myself &  informed him that our church, The Oaks Fellowship, has committed specifically to pray over Red Oak, TX. this next week.  Since he lived there, he would be indirectly prayed for. I mentioned we were praying for people who needed jobs, marriages to be restored, relationships to be mended, healing for the sick, etc.   He had a shocked, yet speechless look on his face.  I turned & walked away.  His name is Adam.  Adam is on my list to pray for this week.

I went inside to wash my hands & fill my water bottle, locked the door behind me & have no clue if they had a key.  A few minutes later I could hear someone knocking in an attempt to find out if someone was in there.  I sank on the couch….

Next…..55 minutes later, it was time to “rotate” the laundry as my friend Kayline calls it.  I loaded my dryers & there was yet another attendant.  I told her our deal & somehow we began to converse.  EB is a widow after being married for 42 yrs. She is entering the work field after many years of just doing part-time employment at the laundromat.  Her husband died of cancer, she is a powerful woman of faith & believes in holistic medicine & natural cures.  She is still grieving, but knows Jesus is with her.  I quoted my fav scripture about the Lord, my maker, being my husband now for 17 years.  She showed me how she teaches children the 10 Commandments, how she has obtained her commercial license so she can drive a bus for under privileged senior citizens & how the laundromat is her mission field.  She exuded Christ.  She witnesses to people in the check out lanes at Wal-Mart, prays for kids to receive Jesus while their parents are doing laundry & told me how she prayed for the paramedic as he took her to the hospital in the ambulance.  He was in his 30’s & no one had ever asked him if he was saved.  Can you imagine? No one? When he asked her why she was concerned for him as she was on her way to the emergency room, her reply was, “One more soul for the Lord.”  We then discussed the movie “Schindler’s List.”  My 30 minute dryer time was precious.  If you pray for divine appointments, that is what you get.  You see…her son is an officer in my small town & he attends The Oaks. Pastor Scott encouraged us to let our light so shine to represent Jesus, & to offer people a place to come.  What would it have looked like if I just overlooked that?  Now she sees why her son loves The Oaks!

As we talked, she mentioned she takes handfuls of supplements for her blood pressure.  She also mentioned she has a passive, residual income from an energy company.  I simply mentioned if she ever looks for anything else, I would leave my phone #.  She immediately said, “I’m looking!”  I edified her in having the qualities of people we look for in the biz.  I gave her a bottle of my product that is targeted for high blood pressure & high cholesterol, a pack of information, & some brochures both  in Spanish & English.  As I finished loading my car & paying my “tab” she said her daughter got very excited when she saw the box.  Obviously there was someone at her work place that sold the energy product, but  the lady moved.  I mentioned our weight loss division.  EB lit up.  She told me a lady that worked at the laundromat sold diet pills & people flooded to purchase them the day her shipment arrived.  EB made her names list right there.  As I edified my mentors & leaders of this organization she knew it wasn’t an ordinary business.  You see…I know my business envelopes & embraces the 8F’s of life.  Faith, Family, Finances, Friends, Fun, Fitness, Freedom & Following (leadership). We are armor bearers in developing one million leaders to change our nation back to the nation God intended it to be.  I am not ashamed of the gospel, nor am I ashamed to offer a business system that is rapidly changing lives in a nation of uncertainty.

As I left….I dropped my bottle of liquid fabric softener, the lid cracked & stuff went everywhere.  Some would have been distraught over my “blonde antics.”  I had the glorious opportunity of encouraging someone & making friends.  Divine appointments are real. My life was enriched by that visit.  Who are you praying for this week?  Are you praying for God to bring people across your path? If He does, will you be prepared to be His laborer?  Do you have something to offer someone or are you so wrapped up in yourself, you can’t look beyond it?

I am forever grateful for the cross.  I am not who I could be, but thank God, I am not who I used to be. Because of your courage, others will be able to say the same thing!

“A man with an experience will never be at the mercy of an man with an argument.” Unk/Scott Wilson

Error: Twitter did not respond. Please wait a few minutes and refresh this page.